Top 5 Games That Are Riddled With Cheaters(Part1)

Top 5 Games That Are Riddled With Cheaters(Part1)

With the explosion of the game market, the cheating problem is likely never truly be gone. Or to be precise, as long as there are players, there are cheaters, even more rampanty.

According to research by Unity, the worldwide gaming business is fairly large, worth over $16 million per year and boasting more than 2.7 billion gamers, with mobile game advertising revenue growing up to 59% during the economic downturn of COVID. At the same time, American security company Irdeto found that cheaters impacted upon 60% of online players. As a result of that, 77% of them are likely to stop playing a multiplayer game online once they think other players are cheating, and 48% of online gamers tend to buy less in-game items. It‘s not hard to find that if you do nothing about the cheating problem, it must lead to the loss of players and revenue, even can ruin your business gradually.

What Is Game Cheating ?

Game cheating involves players not following the normal game rules and transgressing the game settings through cheat programs, software or tech scripts. Aimbots,wallhacks and see-through are most common forms of game cheating. 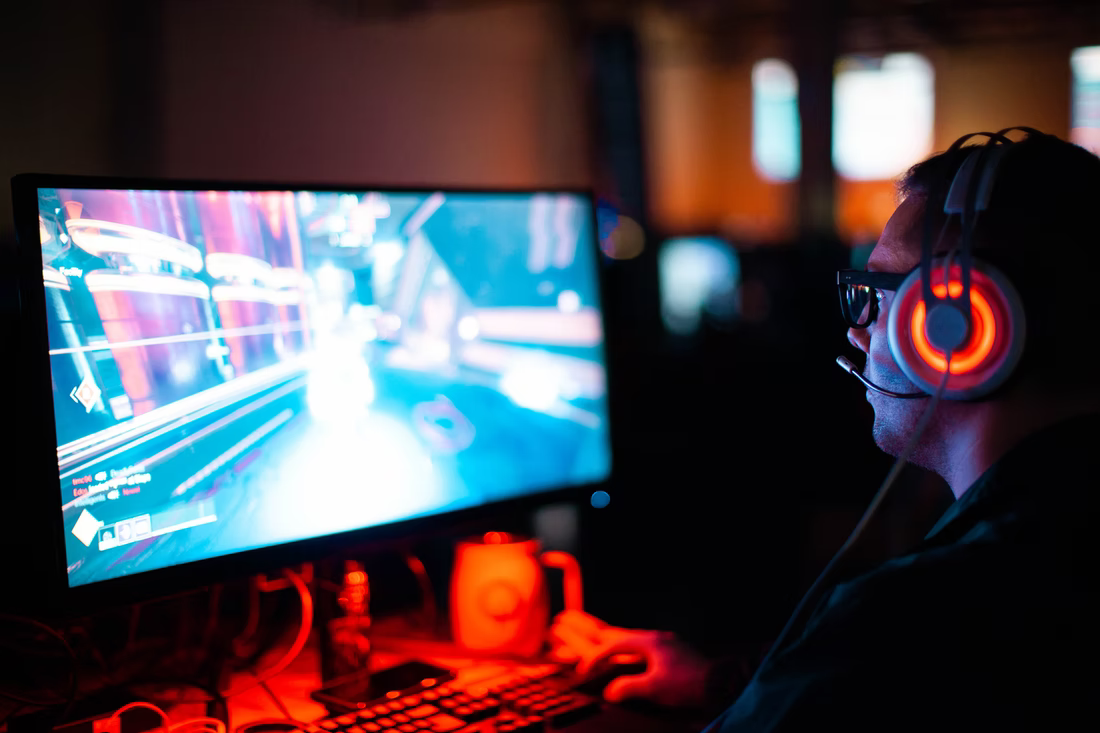 GeeTest Game Industry Research Report found that the cheating program carries out protocol cracking, acceleration, memory modification, simulation click, reverse cracking and other operations in the game, which makes the account acquire extraordinary skills and easily pass the game. Cheating would greatly destroys the fairness of the game and the effort of many players who have been fighting for months, as cheaters can do that in just an hour.

Among Cheaters and Developers

Cheating has long been a part of the gaming industry and it has become an intense cat-and-mouse game between cheaters and game developers. 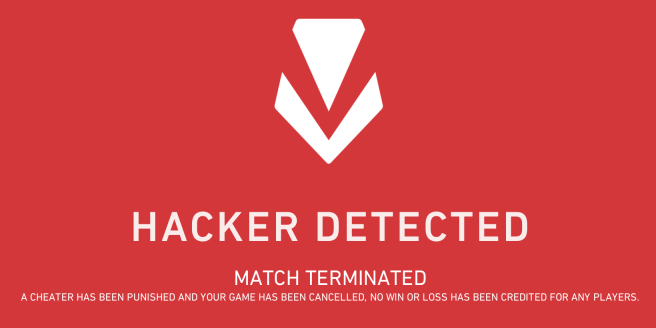 The fact is that cheating not only destroys the fairness of the game and affects the players' gaming experience, but also causes huge losses for the game developers since cheating has been a nuisance in gaming for a long time and it is becoming increasingly difficult to detect as it develops too.

Top5 Games That Are Saturated With Cheaters

The list below includes games where cheating is absolutely rampant.

Rainbow Six Siege is definitely one of the most popular games out there which already had 25 million registered players in 2018 and ranked the top five on steam in terms of peak concurrent users.The developer Ubisoft has officially counted more than 70 million players online worldwide in 2021. However, the more popular the game, the less possible it is to escape from cheating. 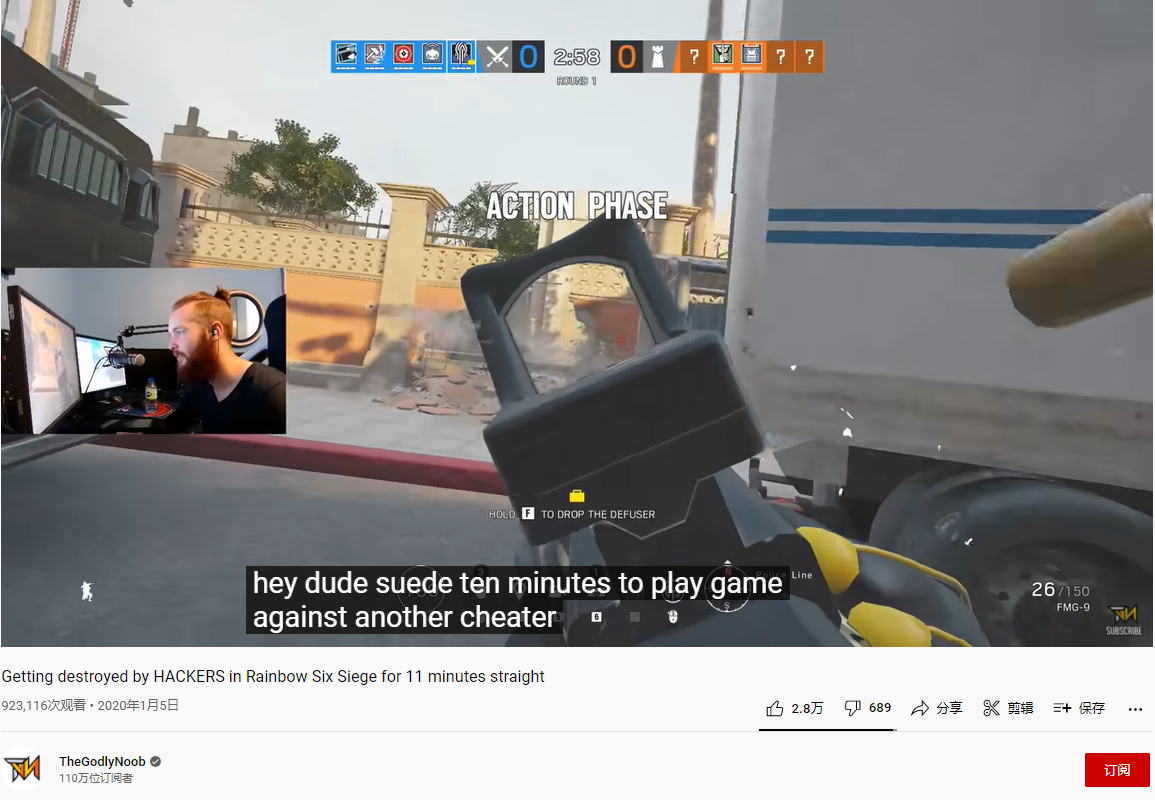 (Famous CA YouTuber, TheGodlyNoob, posted a video that about he had got destroyed by cheaters in R6 up to 11 minutes, with almost one million views so far. Image from Youtube)

There are masses of gaming bloggers or streamers complaining about their encounters with cheats on Youtube, Twitch and other platforms. However, the more players complain, the more they want the game developers to deal with the issue.

(Image from forums of ubisoft)

Ubisoft, which is the developer of Rainbow Six Siege. It has been constantly working on anti-cheating since 2015, introducing Bettleye( a new anti-cheat system) in 2016, and relies on manual review of player reports to identify the maximum range of hangouts and cheats. Also, there is fairfight (server-side data validation) tie-in. In the future, BattleEye bans will synchronize directly with Valve Anti-Cheat (VAC) bans, issuing both types of bans and setting a double whammy for cheaters. 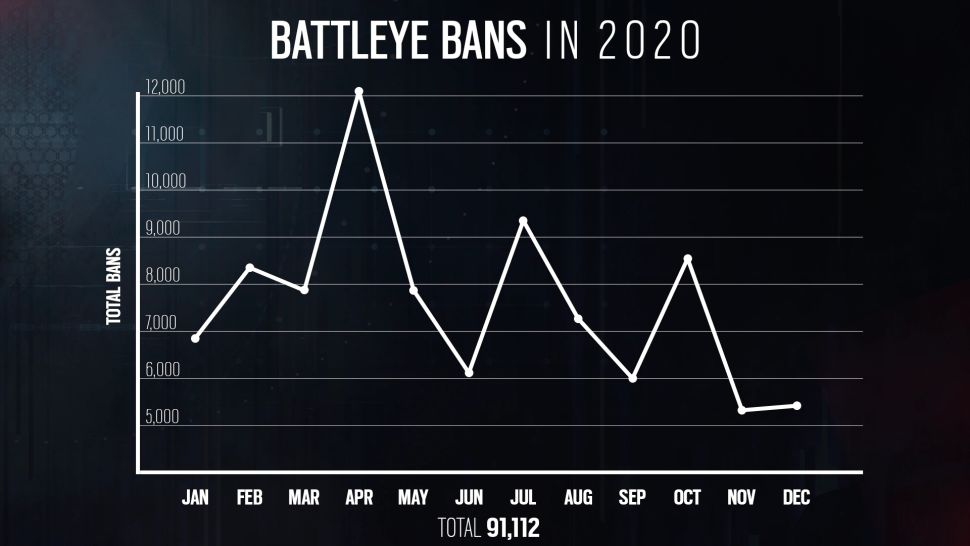 In comparison, Ubisoft has done a relatively good job in the industry in terms of anti-cheating as a game developer, despite the increasing number of R6's cheaters in recent years.

Hacking and cheats have been the most irritated aspects of Call of Duty: Warzone since its first day. Although the free-to-download Warzone has 60 million players, its cheating issus appear frequently in livestreams and news reports.

(One Twitch streamer, called next1141, openly cheat in Warzone) 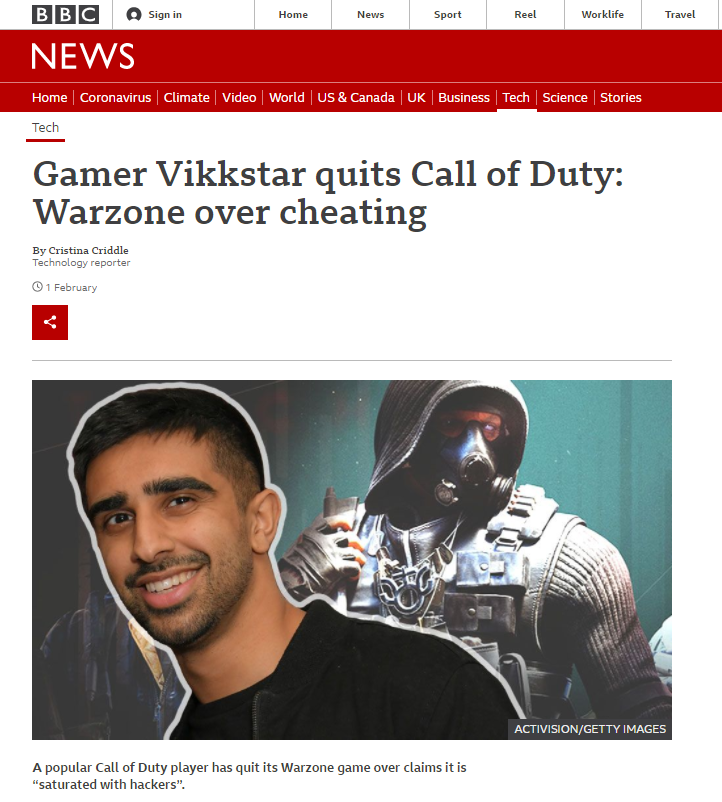 In January 2021, BBC news reported on the famous gaming youtuber giving up Call Of Duty:Warzone. It seems that more and more players are about to quit the cheating game.

Back in April of this year, Infinity Ward, the developer of Call of Duty: Warzone revealed in an anti-cheat blog post that “large banwave” makes 475,000 accounts permanently banned since the mode launched a little more than one year ago. Infinity Ward says it has a “zero tolerance for cheaters.” 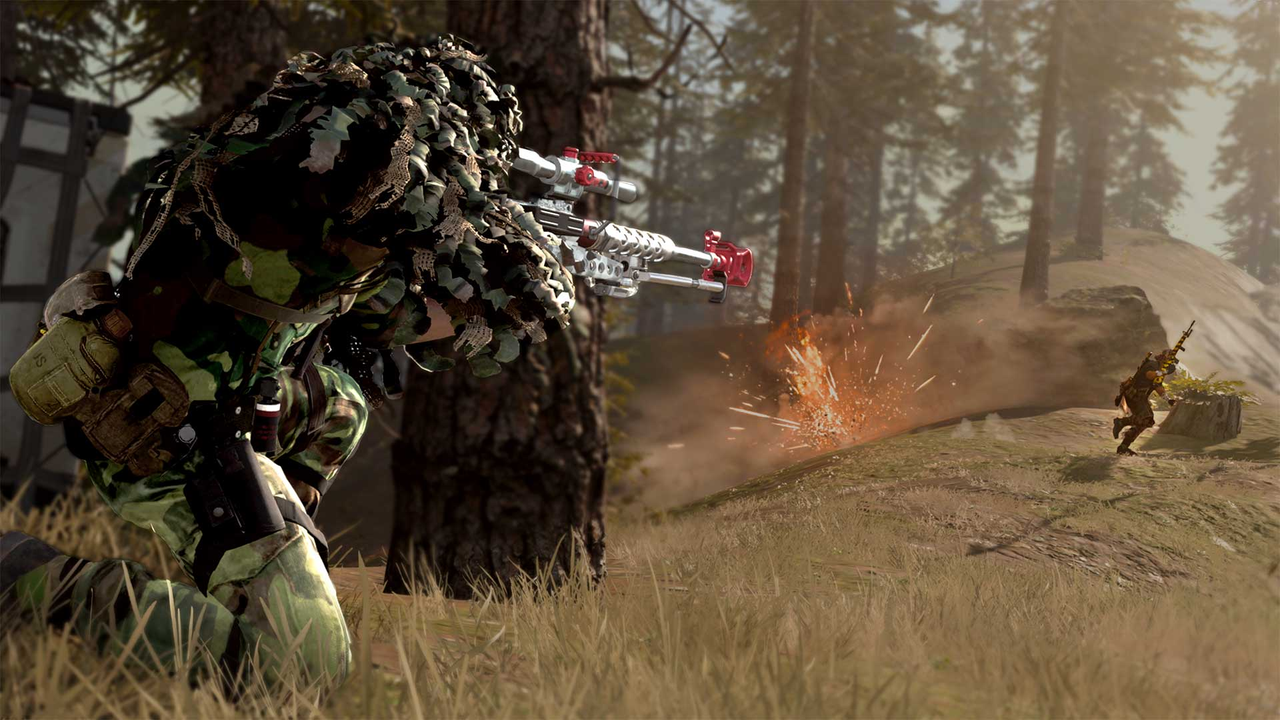 (Image from Call of Duty)

According to statistics, Team Fortress 2 racks up over 130,000 concurrent Players In 2020. Many of the biggest streamers and competitive players are active on TF2. More and more advanced e-teams are surfacing now in the game and the community is expanding as we speak. 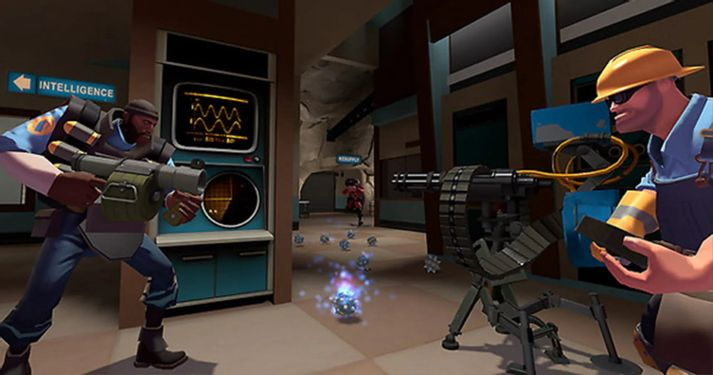 Compared to Warzone, infamous cheating game Team Fortress 2, which was released in 2007, has been hit by more cheats than anything else. It's no secret cheating is plaguing the entire TF2. 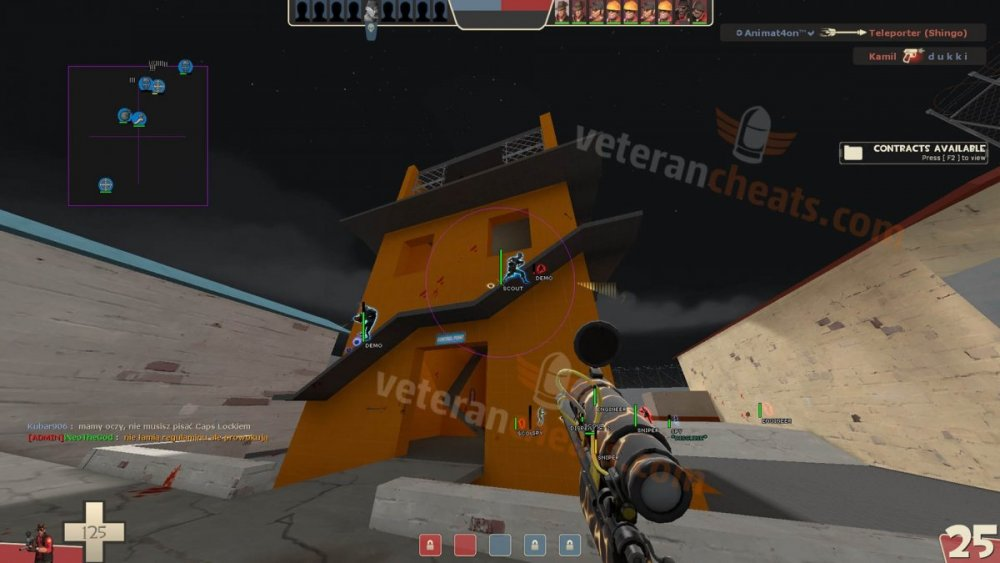 (For players, it sucks to get head-shotted every time you peek out from cover by someone using an aimbot.)

Like other Valve games,TF2 also loaded with VAC（ Valve Anti-Cheat）and some other anti-hack protections, however, it seems nothing for hackers.

(Players post in the forums that TF2 is no longer a playable experience and valve not care.Image from resetera)

Destiny 2 is overrun by bots. The Trials of Osiris PvP mode remains notorious among the community as being a hotbed for cheaters. 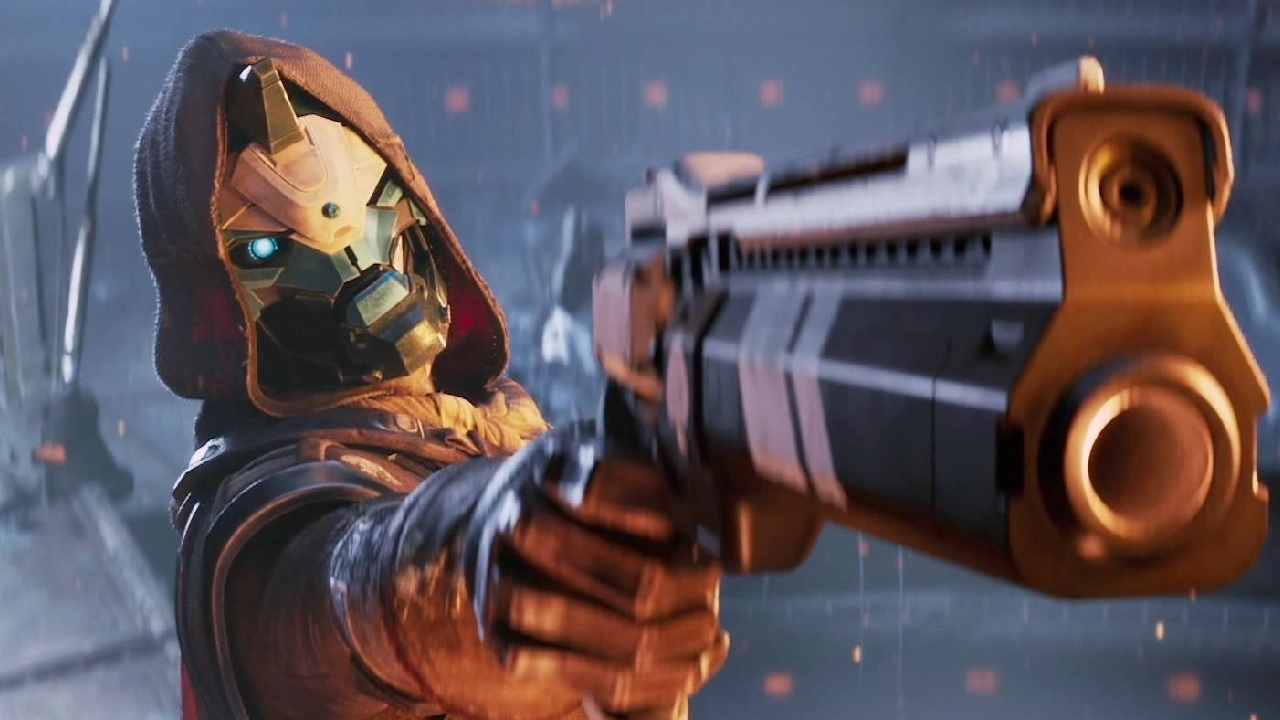 Bungie, developer of Destiny2, has been fixing a bit of a cheating problem lately. It was even worse when the game jumped from Battle.net to Steam. The first few months of 2020 saw a 50% uptick in cheating incidents.

In October 2020, Bungie had shut down major ‘Destiny 2’ cheat service called PerfectAim who sold cheat bundle included “aimbot, wallhack, teleport and other cheats”. The service was available to players via a monthly subscription, and was bundled with access to the company’s customer service as well as anti-detection software.

In 2021, Bungie released a statement saying that they are about to hire a data scientist to help develop anti-cheat systems for Destiny 2.

Nearly 50% of gamers choose CS: GO (Counter-Strike: Global Offensive) as their favourite game, according to Akamai's 2020 Gaming Industry Survey. The survey came from a questionnaire sent to 1,253 European players in partnership with e-sports company DreamHack.

As a FPS game, CS: GO cheating problem is called cheating pandemic. The number of cheaters spiked after CS: GO went free on Steam in 2018 and hasn’t slowed down too much since. For a long time, CS: GO has been out of controled with cheaters of all kinds, like aimbot, wallhack, auto-bullet changes, etc, everything you need. However CS: GO developer Valve is bad at anti-cheating and has even been criticized by serious players.

How To Combat Game Cheats Effectively?

How to combat game cheats? This is an action, not just empty talk.

Increased frequency of high-volume banwaves in addition to daily banning of repeat offending accounts, so that players can always feel the developers' determination to fight back, and effectively curb the wildly spreading trend of hang-ups as well.

Allowing players to spontaneously report in-game is undoubtedly the most painless and effortless way to protect the game from cheat, which gives players who love the game a channel to spontaneously protect the game. At the same time, it helps to increase the moral quality of players in the game. Only if more players join the battle will the game ecosystem be healthy and balanced.

Two-Factor Authentication (2FA) — 2FA is a subset of multi-factor authentication, requiring two different factors when confirming identity. In many cases, this is something you know (your password) and something you have (your phone), working by delivering a one-time passcode to the phone via SMS.

Some gaming companies, like Infinity Ward, use two-step verification against cheating to a certain degree. (Image from Call of Duty)

However, on the basis of research from Akamai, using two-step verification comes with some risk that as the SIM card can be cloned or the device directly compromised.There have been several

examples in the news attackers who cloned SIM cards or used phishing kits that have SMS 2FA implemented.

CAPTCHA is a cost-effective way to protect your game against cheating. 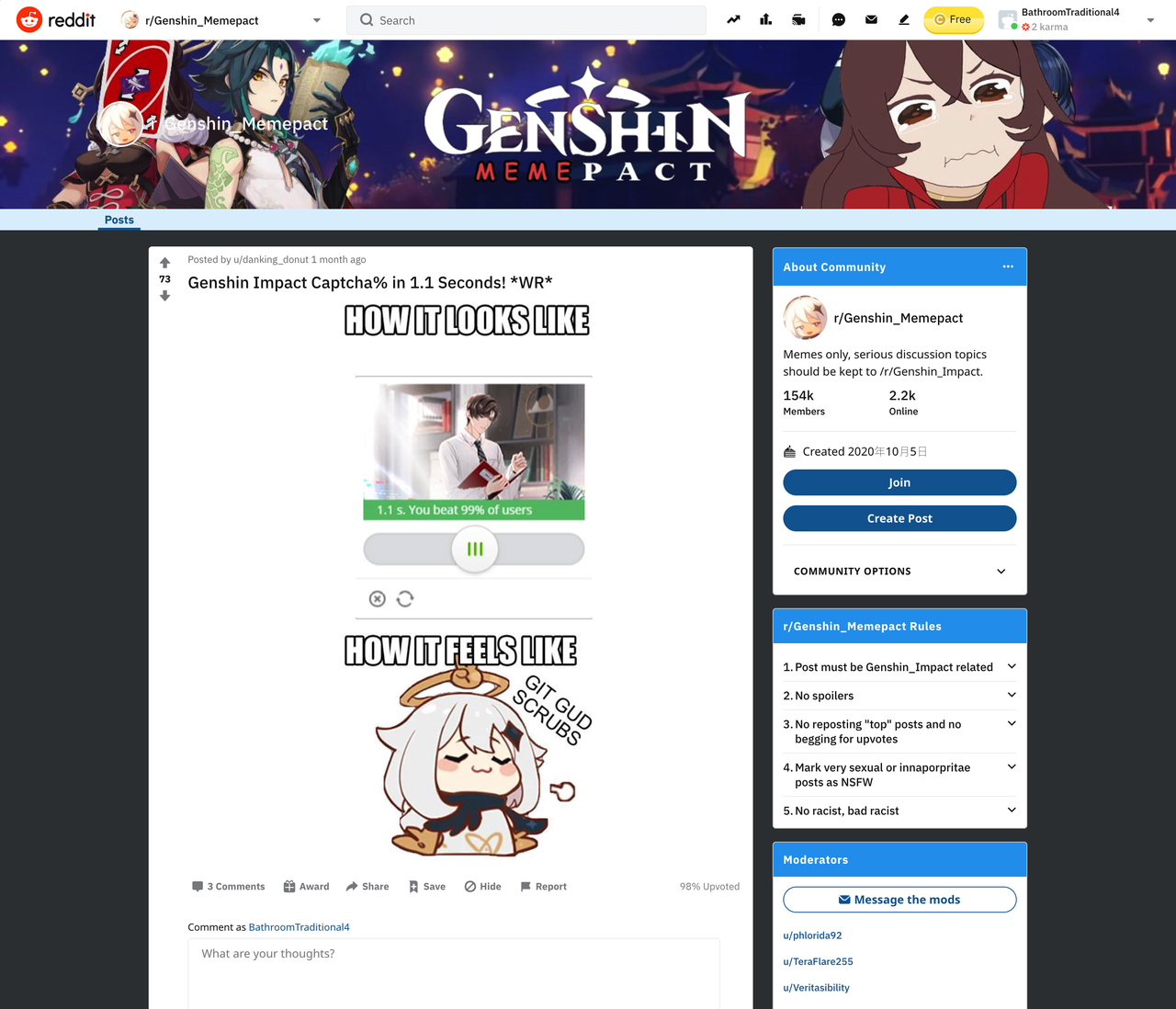 The increase in the number of cheaters is a sign of at least one thing that the player circle is getting bigger. The login portal must be guarded as the player number grows.

CAPTCHA is a cost-effective tool to protect your game against cheating. The preferred approach of many game developers is to implant CAPTCHA into various scenes of your game, such as collecting rewards, topping up, and other scenarios, regularly detecting whether there is a bot operating the game, effectively guarding the security and experience of each player's account. 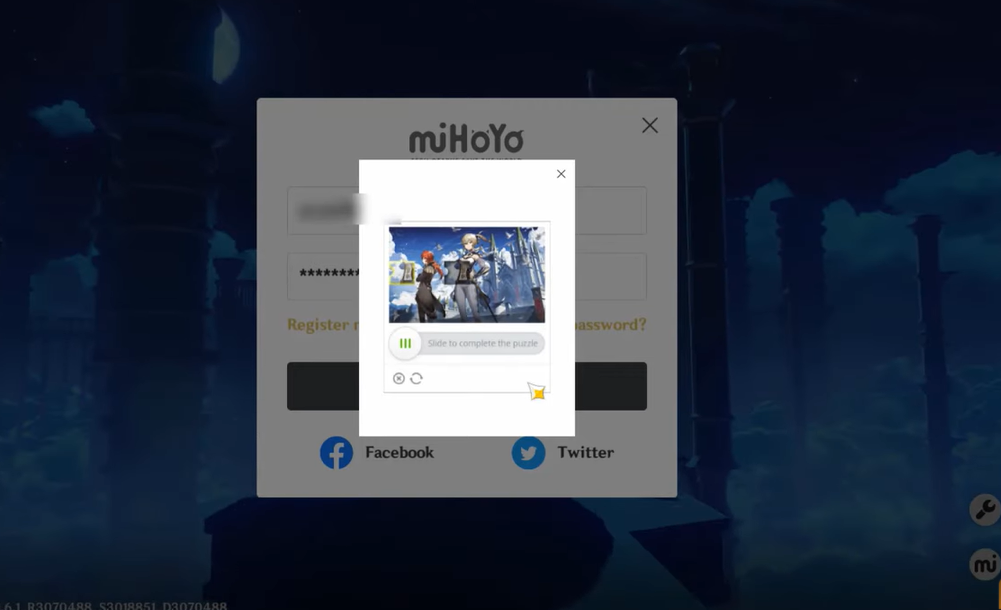 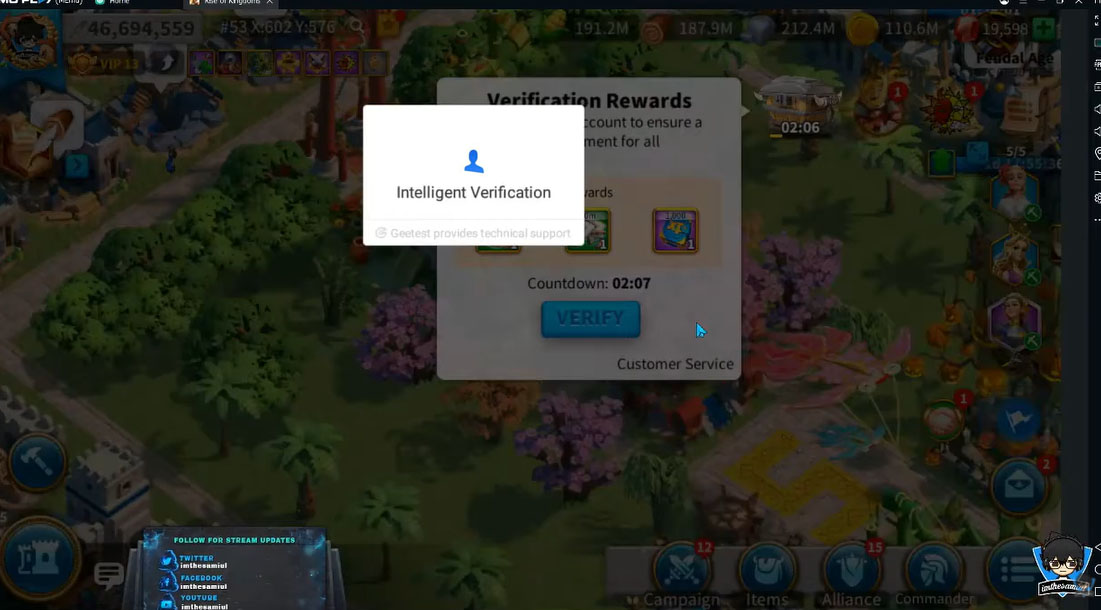 In addition, CAPTCHA can help you effectively filter other bot attacks while defending against cheating, including DDoS, account take over and Digital Ad Fraud,etc.

According to Akamai 's gaming report last year, cyber attacks like DDoS and ATO are constantly happening, and the majority of them target the gaming industry.

Of course these methods above won’t completely solve the game’s cheating and hacking problem but hopefully it will slow down cheat-makers and identifying hacking when it makes it into the game. Both hacking and anti-hacking techniques are constantly evolving in the battle against each other, and many gaming developers are constantly looking for new anti-cheating ways.

Above all,The fight against cheating is not a battle to be won or lost, but more like a protracted war.