Supreme 2020 Spring/Summer series it seems did not raise much hype. However, recently, the company released the autumn and winter series. Twitter has become overwhelmed by Supreme, and "Captcha Tee" has entered the spotlight.

Among the Supreme's new autumn and winter series released recently, netizens noticed this "Captcha Tee" or Verify Tee that reminds us of reCAPTCHA:

The CAPTCHA test appears to have Supreme labels for users to find among the random images.

Normally Supreme production is always popular and gets sold out real fast due to its limited availability. Unfortunately, the t-shirt started a new CAPTCHA hate wave in Twitter. BURN! 🔥🔥🔥

Up until 2012, in the face of malicious traffic, reCAPTCHA was the best solution for enterprises, so netizens all over the world were filling in verification codes.

In January 2018, Google officially announced that it will stop the 1st Generation CAPTCHA service on March 31, 2018.

Meanwhile, in China, behavioral verification codes have replaced traditional 1st Generation codes a long time ago and became the trend. 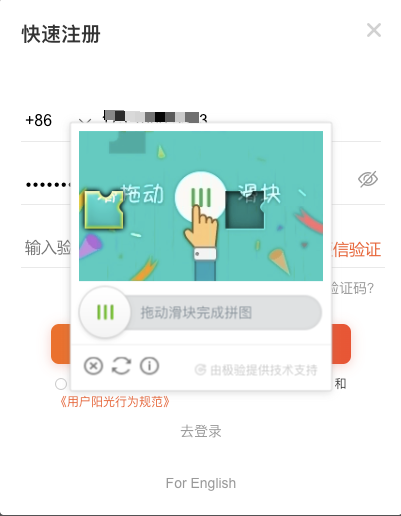 In 2018, GeeTest completes server deployment in Europe and North America. At the same time, it actively promotes compliance with overseas standards, for example, the ones from GDPR.

GeeTest is accelerating the pace of overseas business expansion.

That’s how we roll!

Okay, but what about tees?

Let me introduce you G-MAKE

G-MAKE is a brand inside brand created by our amazing design minions in GeeTest.

Check out their works here. Warning! The website is in Chinese so you might want to turn your web auto-translator on!

Here are the previous generation tees from G-MAKE:

Isn’t it awesome? Shout out to our GeeTest design minions!